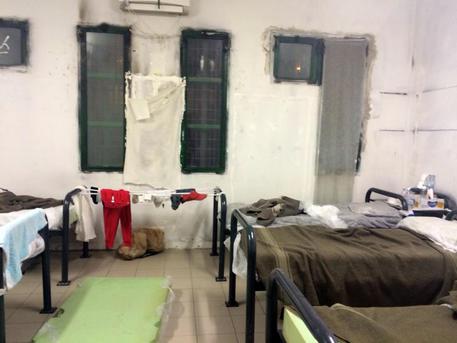 (ANSA) - Rome, September 5 - Some 20 immigrants being held at Rome's Ponte Galeria Centre for Identification and Expulsion (CIE) on Friday set their mattresses on fire to protest living conditions there. The Ponte Galeria CIE is no stranger to controversy. In January, 26 people being held there went on hunger strike after 13 Moroccan nationals sewed their mouths shut with needle and thread in protest.
Similar protests were mounted in December after authorities emptied a controversial holding facility on the island of Lampedusa, south of Sicily, which was at the centre of an international furore when a video was broadcast showing naked migrants being sprayed with disinfectants outside in the cold of winter.