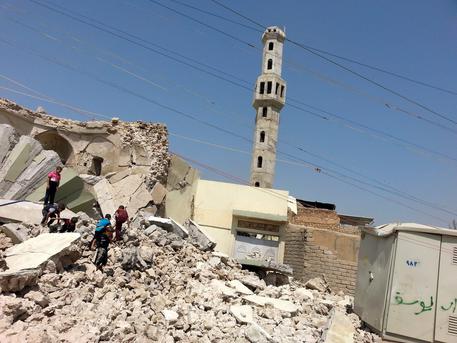 (ANSA) - Baghdad, September 4 - Islamic State militants have executed 14 young people in the northern Iraq city of Mosul in the latest episode of terrorist violence in the country, Iraqi news agency Nina said Thursday. The victims were sentenced to death by an Islamic court for alleged crimes that were not made known.
Following the execution their bodies were deposited at the local hospital morgue. Meanwhile local sources cited by France Press reported Thursday that dozens of civilians have been abducted from the village of Tal Ali near Kirkuk after they set fire to an ISIS flag and military post yesterday. The news came as German Foreign Minister Frank-Walter Steinmeier warned of the threat posed by the hardline militant group operating in Iraq and Syria, where it is attempting to put in place a Caliphate.
The group's ideological demands "go well beyond current action in Iraq," Steinmeier said, adding that Saudi Arabia and Jordan could be future targets. Also on Thursday, seven Iraqi soldiers were killed and a further 17 injured in a suicide car bombing just south of Tikrit as ISIS launched an offensive to take control of the road leading from the city on the Tigris river and Samarra 50 km further south.