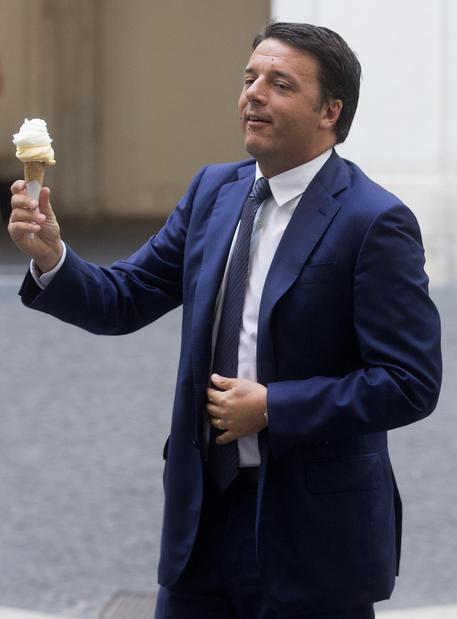 (See related) (ANSA) - Rome, August 29 - Italian Premier Matteo Renzi posed for the cameras Friday with a cold gelato in hand in a humorous poke at Britian's The Economist newspaper after it portrayed him aboard a sinking ship holding an ice cream.
"We decided to be ironic and joke about the cover of The Economist," Renzi said following a crucial cabinet meeting that approved significant judicial and infrastructure reforms.
"The artiganal gelato is really good," added the premier.
The Economist article focused on the serious problems within the eurozone economy, and depicted European Central Bank (ECB) President Mario Draghi bailing out the boat while Renzi stood with France's Francois Hollande and German Chancellor Angela Merkel.