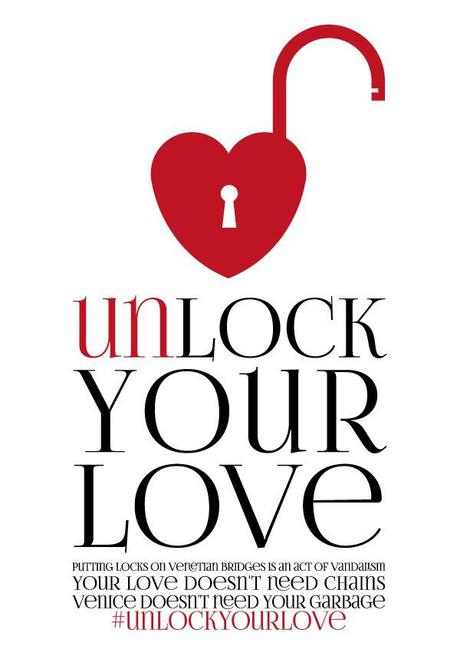 (ANSA) - Venice, August 26 - Venice on Tuesday launched a new campaign against the trend of attaching 'love locks' to the city's ancient and fragile bridges.
In the opening hours of 'Unlock Your Love' nearly 2,000 coloured cards featuring a heart-shaped open padlock were affixed particularly in the areas of Rialto, San Marco and Accademia inviting sweethearts not to lock padlocks to the bridges as a 'symbol' of their love.
Over 20,000 padlocks have been counted on the Ponte dell'Accademia, the only wooden bridge crossing the Canal Grande, where workmen are already at work to remove them.
"Almost all those who attach a padlock are not aware that they are committing an act of vandalism, particularly in a fragile city such as Venice," said writer Alberto Toso Fei, who is behind the campaign. This is the second time Venice has waged war against the popular phenomenon after an initial campaign in 2011. However on that occasion the city authorities took issue with the people selling the padlocks, while this time the aim is to challenge the couples who actually place them on the bridges.
"It is important to make people understand that it is not a sweet gesture, the expression of a unique sentiment, but an action that is totally banal," said Toso Fei. The initiative will run until Sunday, when the organisers "will draw our conclusions" and decide how to proceed. Meanwhile the campaign has already aroused interest in Sydney and Paris, cities facing similar problems with love locks.