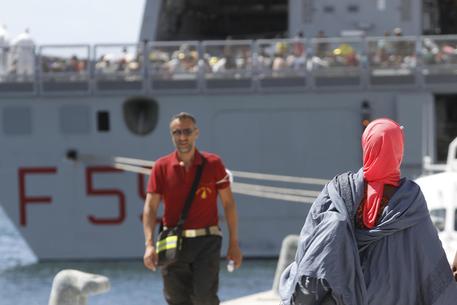 (ANSA) - Brussels, August 19 - The whole European Union must do more to help Italy cope with a huge migrant influx, the European Commission said Tuesday after Interior Minister Angelino Alfano's recent call for border agency Frontex to intervene and supersede Italy's 20-month Mare Nostrum search-and-rescue operation. An EC spokesman stressed, however, that Frontex was "a small agency" with limited resources and therefore new measures from all 28 member States were needed.
"We're in touch with Italy and we cannot fail to agree on the fact that the EU as a whole must do more," the spokesman said.
"We have repeated continuously that the member States must do more, contributing with means and funding," he added.
"We are doing all we can to help Italy and fully recognise what a magnificent job it has done," he said, while noting that Rome had received "unprecedented" aid in the last seven years.
This amounted to 500 million euros between 2017 and 2013 and would total 315 million between 2014 and 2020 due to overall budgets cuts, he said.
Frontex, he said had a "small budget" and was lacking border guards, ships and planes, so badly needed a boost from the EU's 28 members.
Alfano said last week that Mare Nostrum, launched after a migrant-boat disaster killed 366 last October, would soon have to be wound up.
Critics of the take-all-comers policy have said it has spurred an increase in the activities of people smugglers while others have stressed the desperate migrants would have left North Africa anyway.