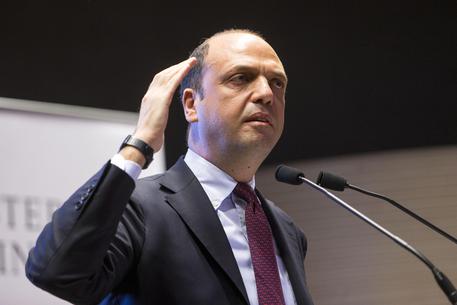 (ANSA) - Lampedusa, August 14 - Interior Minister Angelino Alfano said Thursday that 539 human traffickers have been arrested since May 1 last year.
"This is a great result, demonstrating the effectiveness of our battle against the merchants of death," said the minister, adding that most of those arrested on human trafficking charges were Egyptian and Tunisian. Alfano spoke on the island of Lampedusa, which lies in the Strait of Sicily close to the Tunisian coast and is often the first European landfall for thousands of people paying human traffickers exorbitant fees and boarding unseaworthy, overcrowded vessels in a desperate bid to flee war, poverty, and cruel dictatorships in their African and Middle Eastern homelands.
"I am here to thank all our forces, who are out there saving human lives," said Alfano in reference to Italy's Mare Nostrum migrant search-and-rescue operation involving the Navy, the Coast Guard, and the merchant marine.