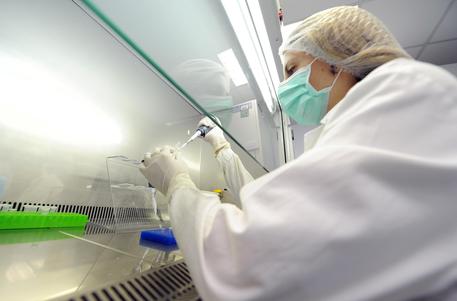 (by Stefania Fumo) (ANSA) - Rome, August 8 - A civil court on Friday turned down a child custody suit filed by the biological parents of twins born in an assisted fertility case where embryos were mixed up in a Rome hospital last December.
"The case cannot be appealed to the (supreme) Constitutional Court," the judges wrote in their 16-page opinion.
The babies, a boy and a girl, were born August 3 in the city of L'Aquila. In an interview with La Stampa newspaper, the birth parents said they want to keep the babies even though in biological terms, the twins belong to another set of parents.
"We are happy, very happy. Our children are born and they're well," the birth mother told the newspaper, adding that the births have already been officially registered with authorities.
"No one can take them away," she added.
But the biological parents asked the civil court to act quickly in awarding them custody of the babies, who were delivered more than one week earlier than expected by caesarean section, according to the newspaper report.
The biological parents were quoted as saying they have asked to meet the birth parents, but so far haven't had a reply.
"We recognize their suffering and this makes us feel badly," the biological parents were quoted as saying.
"We need peace, we have already suffered a lot in recent months, for us it's finally time to be a family," the biological parents told the newspaper.
Michele Ambrosini, lawyer for the birth parents, said that as far as he knows, the mother and babies are doing well.
In late July, Italian prosecutors concluded that the embryo mix-up that occurred in December 2013 at Sandro Pertini Hospital in Rome was not a felony and asked that a criminal case in the affair be dropped.
A complaint had been filed in April 2014 to prosecutors by one of the couples involved in the case.
Police have said the embryos were mixed up because the surnames of the two couples involved were very similar.
Following the discovery of the mix-up in April, the assisted-fertility clinic at Pertini hospital implemented new procedures to prevent such errors from repeating, including assigning each patient an ID code and treating no more than three aspiring mothers on the same day.