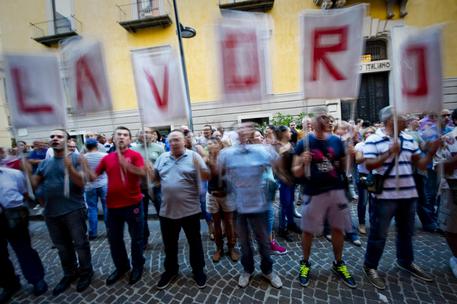 (ANSA) - Rome, July 30 - Italy is a "divided country" and its south is facing possible human and industrial desertification, according to an industry and employment report released on Wednesday.
Svimez, a private association for development in Italy's south, called the area "a land at risk of human industrial desertification where people continue to relocate, don't have children and become poor".
It added that, without assistance, this could lead to permanent underdevelopment.
The Svimez report compared national and regional GDPs, noting that southern regions underperform compared with the rest of Italy.
It said the south's GDP dropped 3.5% in 2013, when Italy was in recession, compared to a 1.4% drop for the north.
It added that southern Italy's GDP fell 13.3% between the start of the global economic crisis in 2008 and last year. According to Svimenz, this continual underperformance has caused Italy to become is "divided and unequal where the south slips further into withdrawal".
Notable losses in the South's manufacturing and employment sectors were compared to the more prosperous center north and national average. Employment in Italy's South was reported at 5.8 million, the lowest level since numbers available from 1977, with women continuing to hold even fewer jobs.
Svimez also cited more than double the number of impoverished families during 2007 to 2013, increasing from 443,000 to over one million.