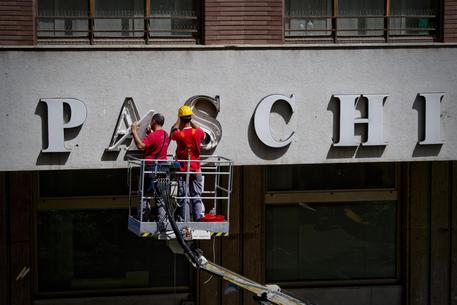 (ANSA) - Milan, July 29 - York Capital Management Global Advisors has taken a stake of 5.025% in historic Italian bank Monte dei Paschi di Siena (MPS), making it at the largest shareholder, national financial market regulator Consob said Tuesday.
The size of the American company's investment in struggling MPS was announced as part of regular filings by the market regulator.
The troubled bank, the world's oldest still in operation, sold almost five billion euros worth of shares last month to pay off government loans.
The bank, Italy's third-largest by assets, ran the risk of nationalization if it had failed to raise enough cash to pay off the government loans made as part of a plan to turn the lender around.
MPS had been thrown into crisis in January 2013 when it emerged that a shady series of derivative and structured-finance deals produced losses of 720 million euros.