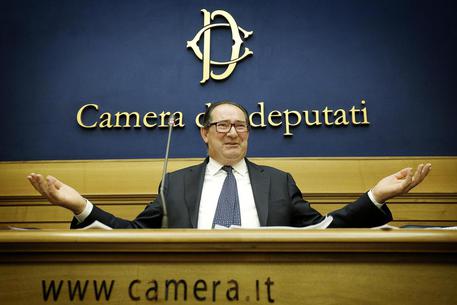 (ANSA) - Venice, July 25 - Jailed ex-minister Giancarlo Galan on Friday exercised his right to remain silent under questioning by prosecutors.
The center-right Forza Italia (FI) MP and former Veneto governor was arrested last Tuesday on suspicion of corruption in the multi-billion-euro MOSE flood-prevention system in Venice.
Galan submitted a written statement rebutting allegations made by his former secretary, Claudia Minutillo; Giovanni Mazzacurati, ex-president of New Venice Consortium; and businessman Piergiorgo Baita.
His arrest came after the Lower House voted to lift his parliamentary immunity, and he is currently being held in Opera prison outside Milan.
Galan's next defensive move will come on August 1, when a court will take up the question of whether or not to release him from custody.