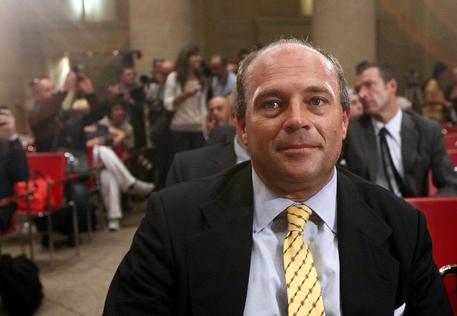 (ANSA) - Naples, July 22 - Naples prosecutors on Tuesday placed Alfonso Papa, a former MP in ex-premier Silvio Berlusconi's now-defunct People of Freedom (PdL) party, and his father Giovanni Papa under house arrest on suspicion of corruption and aiding and abetting the Belforte clan of the Neapolitan Camorra mafia.
The Papas are accused of taking money and other assets in exchange for favors extended to entrepreneurs Angelo and Roberto Grillo, who are thought to be linked to the Belforte clan of the Camorra.
Prosecutors in June charged office-cleaning magnate Angelo Grillo with ordering the September 2006, murder of a mobster who tried to extort protection money from him.
Mobster Angelo Cortese, 41, was gunned down after he asked for protection money from Grillo's Cesap cleaning firm, which did extensive business with provincial administrations and other public agencies, police sources said.
Grillo has been held in jail since November as part of an inquiry into extortion involving lucrative contracts with the Caserta provincial health authority.
Alfonso Papa is no stranger to the prosecution. In 2011 he was at the center of an influence-peddling case known as the P4 affair. According to prosecutors, he used classified information about ongoing investigations to blackmail businessmen.