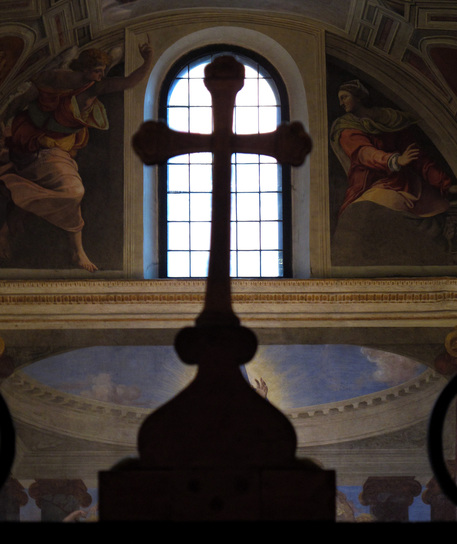 (ANSA) - Turin, July 17 - A priest serving in the Piedmont town of Stresa has been arrested on suspicion of drug possession for dealing after being discovered at a 'cocaine party' in Milan, judicial sources said.
Police detained Don Stefano Maria Cavalletti, 45, after being called out to investigate noise and shouting during a party in Piazza Anghilberto last Thursday. There they found traces of white powder throughout the apartment, with the majority in the lavatory together with the priest's shredded passport. Don Stefano told police he had started to use cocaine as a form of 'self-treatment' for depression after first running into trouble with the law.
Last September he was convicted by a court of first instance of fraud against an elderly woman whom he allegedly convinced to pay 22,000 euros into his bank account.
The diocese of Novara announced Don Stefano's arrest on Tuesday evening but said it did not know the reason for the provision, entrusting him "to the Lord in prayer" pending "clarification".