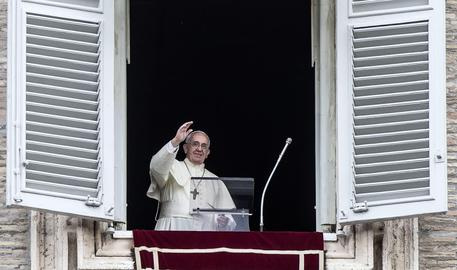 (ANSA) - Vatican City, July 15 - Pope Francis called for an end to racism against migrants in a message to a conference being held in Mexico.
The Argentine pontiff also demanded greater protection for unaccompanied children who are migrating north to the United States from Central America and Mexico in increasing numbers.
"Many people forced to emigrate suffer, and often, die tragically; many of their rights are violated, they are obliged to separate from their families and, unfortunately, continue to be the subject of racist and xenophobic attitudes," read the message to the Mexico/Holy See Colloquium on Migration and Development.
"Faced with this situation, I repeat what I have affirmed in this year's Message for the World Day of Migrants and Refugees: 'A change of attitude towards migrants and refugees is needed on the part of everyone, moving away from attitudes of defensiveness and fear, indifference and marginalization - all typical of a throwaway culture - towards attitudes based on a culture of encounter, the only culture capable of building a better, more just and fraternal world'.
"I would also like to draw attention to the tens of thousands of children who migrate alone, unaccompanied, to escape poverty and violence. This is a category of migrants from Central America and Mexico itself who cross the border with the United States under extreme conditions and in pursuit of a hope that in most cases turns out to be vain. "They are increasing day by day. "This humanitarian emergency requires, as a first urgent measure, these children be welcomed and protected. "These measures, however, will not be sufficient, unless they are accompanied by policies that inform people about the dangers of such a journey and, above all, that promote development in their countries of origin. "Finally, this challenge demands the attention of the entire international community so that new forms of legal and secure migration may be adopted".
http://popefrancisnewsapp.com/