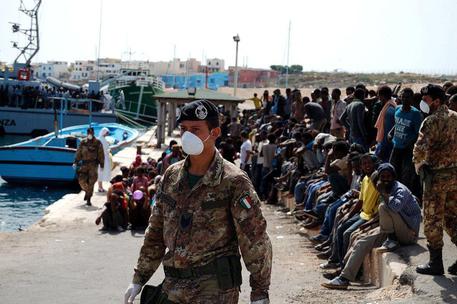 (ANSA) - Rome, July 7 - Italy has the highest immigrant population growth among 57 North America, Europe and Asia states and it needs 'more coordination' for immigrant integration, a report from the Organization for Economic Cooperation and Development (OECD) announced on Monday in Rome.
Italy registered nearly triple the number of immigrants from 2001 to 2011, at 9% of the overall population making the country the leader, along with Spain, in immigrant growth.
The OECD report cited Italy as needing "better defined and more efficient coordination for integration policies between local and sub-national levels", calling the areas of anti-discrimination measures, language training and job market as "less developed" due to an increase in immigration numbers and "lack of coordination" at national, regional and local levels. According to the report, between 2011 and 2012, immigrants totaled 4.5 million people. More than half of immigrants to Italy came from Albania, Romania,and the Yugosphere, initially for employment and then family unification and humanitarian reasons.