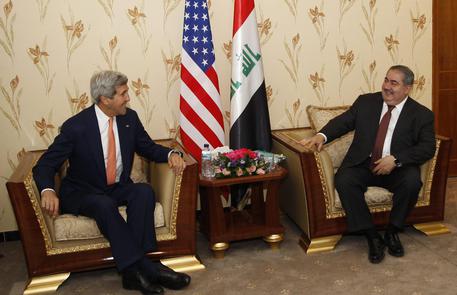 (ANSA) - Rome, June 25 - Iraqi Premier Nouri Maliki on Wednesday rejected calls for a national unity government to stem an offensive by jihadist-led Sunni rebels as NATO met in Brussels to consider ways of helping Baghdad stop an alarming advance on the capital.
The US, whose Secretary of State John Kerry is fresh back from an Iraq tour, had led calls to Iraq's factions to overcome sectarian and ethnic divisions.
Government forces have been unable to recapture territory seized by the rebels this month including the second city Mosul.
Meanwhile almost half 300 US military advisers earmarked help Iraqi security forces have arrived.
They will start work later on Wednesday.
The US has not ruled out drone strikes.