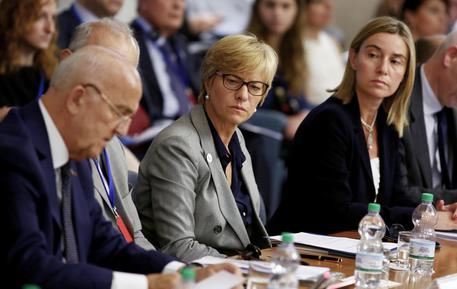 (ANSA) - Rome, June 24 - Italy's naval "operating line" is now "largely obsolete" and must be modernized through a program that will cost 5.8 billion euros, Defence Minister Roberta Pinotti told the Senate Tuesday.
The minister outlined a 19-year spending program, continuing until 2032, which she said is necessary because Italy needs a navy force that is "fully operational".
The program, to be funded through the ministry of economic development, will involve the purchase of new ships, she said.
The defence ministry's budget has been under scrutiny as the government has been reviewing its entire budget and reallocating money from lower priority areas to high priorities.
In May, the Lower House defence committee recommended a controversial 50% cut to the government's budget for F-35 fighter jets as part of its review of the overall defence budget.
The issue is still before the government.