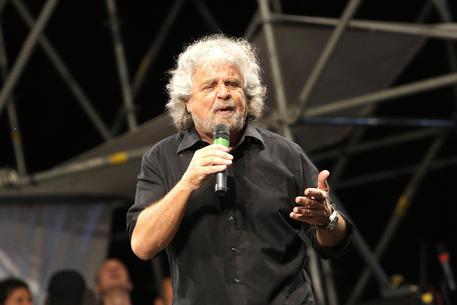 (ANSA) - Rome, June 24 - Beppe Grillo, the leader of the anti-establishment 5-Star Movement (M5S), said Tuesday that Italian journalists should be banned from citing anonymous sources.
The call is part of a long campaign by comedian-turned-politician Grillo against Italian journalists, who he says are biased in favour of the traditional parties.
Grillo described the use of anonymous sources as a "congenital malformation" of Italian journalism on his popular blog, which gave life to the Internet-based M5S in 2009.
He called for a law that obliged journalists to name all sources in their stories.
"If this is not the case, the crime of defamation should automatically kick in," said Grillo, whose movement captured a quarter of the vote in last year's inconclusive general election.