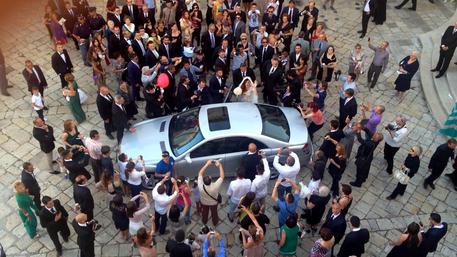 (ANSA) - Novara, June 23 - A priest in Northern Italy who said that couples living together outside of marriage commit a worse sin than murder has been forced to apologize.
Father Tarcisio Vicario set off a firestorm of reaction in the town of Cameri when he said that while murder is an "occasional" sin for which the culprit can repent, people who live together outside the "sacrament of marriage" are sinning continuously.
He was forced to write a letter of apology to his parishioners, saying his words published in the parish bulletin were "inappropriate and wrong (because) they simplify a reality that is complex".
Vicario had also said that people who married in civil ceremonies were also living in a state of sin and would not be able to act as godparents because they could not be sure to teach their godchildren to live in "the proper Christian" way.
Bishop Franco Giulio Brambilla distanced himself from Vicario's comments, and posted his own letter on the website of the Diocese of Novara in which he said he "sincerely apologizes to all those who were offended by the misleading statements the text published in the parish bulletin".
Brambilla, who is bishop of Novara, added that themes around marriage, cohabitation, separation, and divorce are key topics raised by Pope Francis for the next Synod of Bishops to be held in October on the subject of the family.