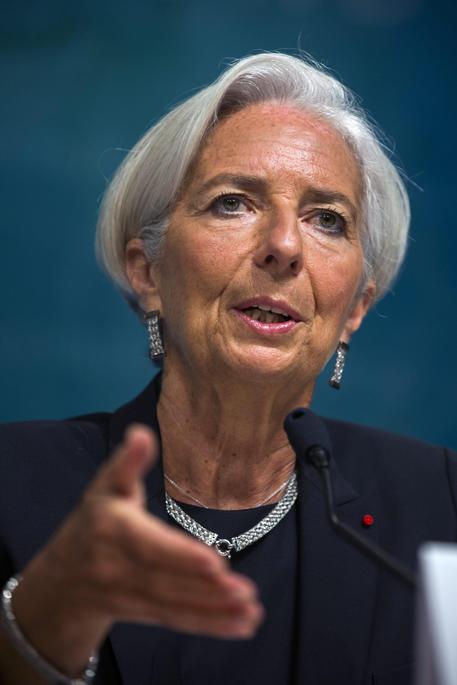 (ANSA) - Rome, June 18 - The managing director of the International Monetary Fund is expected to launch an appeal to the European Central Bank on Thursday, urging it to deal with deflationary risks by beginning a form of quantitative easing, the Financial Times newspaper reported.
That would include large purchases of sovereign bonds to stimulate growth, the newspaper said Wednesday, citing a draft of a statement from the IMF based on its annual evaluation of the eurozone's economic health.
The statement warns that deflation could push the eurozone into stagnant growth of the type seen in Japan during its so-called 'lost decade'.
The IMF report is to be presented by Managing Director Christine Lagarde to eurozone finance ministers meeting in Luxembourg on Thursday.
ECB President Mario Draghi said earlier this month that the central bank is preparing to launch quantitative easing if that is judged necessary.
Draghi also announced then that the bank was cutting two key interest rates and offering up to 400 billion euros in loans to banks that promise to pass the money on in the form of loans to small- and medium-sized business.