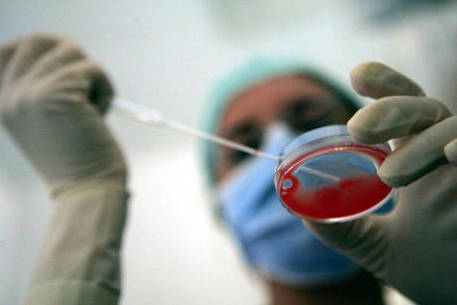 (ANSA) - Rome, June 3 - Two months after Italy's Constitutional Court lifted a ban on the use of donor sperm and eggs contained in a controversial law limiting assisted-fertility treatments, proponents said Tuesday that by mid-June, these treatments should be accessible in Italy.
Both public and private clinics will be able to offer fertilization treatment by mid-June, as the official journal of the courts is publishing the April 9 ruling by the Constitutional Court.
That struck down parts of the 2004 reproductive law, called law 40, that banned third-party donors in assisted fertility treatments. The entire law is now under court review.
"Like it was before 2004, it will be lawful egg donations, while any fertile man can donate his sperm", said Filomena Gallo, secretary of the Luca Coscioni organization, which promotes freedom of scientific research.
A related legal hurdle will be dealt with on June 18 when the European Court of Human Rights hears the thorny question of using embryos for scientific research. The hot-button case of assisted fertility treatment had pitted Catholics against members of the scientific community who have called for a wider review of the 2004 reproductive law which among other things banned screening of embryos for abnormalities or genetic disorders even for couples with a family history of genetic disease.
The European Court of Human Rights in Strasbourg in 2012 had already rejected the law, saying it went against two provisions in its convention for the protection of human rights.
Under the law, which was originally passed by a cross-party alliance of Catholics, single parents, same-sex couples and women beyond child-bearing age cannot use assisted-fertility techniques.
Law 40 also bans embryos from being frozen or used for scientific research and prohibits human cloning.