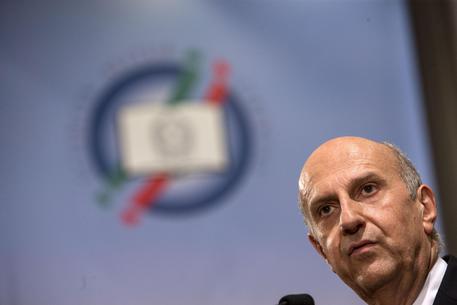 (ANSA) - Rome, May 28 - Italy's underworld has been hard hit by the recession as protection rackets charge less to businesses and the cost of providing for families of imprisoned mobsters soars, Italian Police Chief Alessandro Pansa said Wednesday.
Speaking to a school for police officers, Pansa said organised-crime gangs nevertheless are becoming "evermore clever" at infiltrating legitimate business and financial circles in a bid to recover from the economic crisis.
"Organised crime also is in difficulty," Pansa said. "The crisis hits criminal organisations as well, so much so that they have difficulty supporting the families of inmates, who are numerous, and even the pizzo (protection money) is less expensive than in previous years".
However such setbacks don't mean that crime clans are defeated, the police chief cautioned.
"Organised crime is over time shifting its interests from some forms of parasitic economic activity to more complex forms of productive systems, both economic or financial," he continued.
The Mob is increasing less in real estate and more in private companies, he added.
"Crime gangs increasingly provide knowhow to companies suffering from the recession, offering illegal finance, black-market labour and illicit raw materials," the police chief said.
Against this background the forces of law and order are nevertheless "ready to meet the future challenges," Pansa concluded.