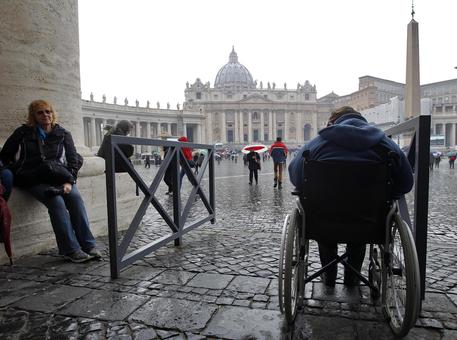 (see related) (ANSA) - Vatican City, May 23 - The Holy See said Friday it "will take into serious consideration" a second UN panel's criticisms of its response to child sexual abuse scandals in the Catholic Church. In a new report by the United Nations Committee against Torture, the Church has been accused of transferring suspected clergy to "other dioceses and institutions where they remained in contact with minors and others who are vulnerable...and in some cases committed abuse in their subsequent placements". The Committee also chides the Vatican for not mandating abuse cases be reported to law enforcement for not guaranteeing adequate victim compensation. The assessment follows a report by the UN's Committee for the Rights of the Child in February, which said the Vatican was not doing enough, and in fact had fostered "impunity" for offenders. The latest report also praises the Vatican, unlike its forerunner, for recent steps taken to combat child abuse, and for Pope Francis' commitment to defending and extending human rights. The report was to be released in full later Friday at a press conference in Geneva, where the Committee against Torture is based. http://popefrancisnewsapp.com/