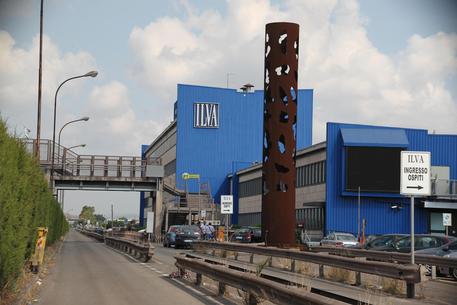 (ANSA) - Milan, May 23 - Claudio Riva said Friday that his company's management will respond Monday to ILVA Special Commissioner Enrico Bondi, who raised industrial and environmental concerns of the giant steel plant on Friday.
The pair met in Milan to discuss the company's business plan and "exchanged mutual information," Riva, whose family owns the troubled steel plant in southern Italy, said later.
But if ILVA is ultimately forced to close, that action would threaten the steel industry in Italy, he warned.
"Without a future for ILVA, I think there is little future for Italy in the steel industry," said Riva, son of company founder Emilio Riva who died in April.
The Riva empire includes the troubled ILVA plant, one of the largest steelworks in Europe.
The ILVA plant has been at the centre of controversy for years over serious health concerns, culminating in a Save ILVA plan by the government more than one year ago that set out measures to help the plant survive and preserve as many as 20,000 jobs during environmental clean-up.
Part of the Taranto plant was seized by judges to cover some of the costs of cleaning it up and meeting damage claims related to high levels of cancer in the area.
The appointment of Bondi as special commissioner to oversee management and clean-up of ILVA was part of that plan.
On Friday, Environment Minister Gian Luca Galletti said the Italian government "has clear ideas" for ILVA. "We already have approved the environmental plan: we will do everything to carry it out," Galletti said in Florence.
Meanwhile, prosecutors in Taranto said Friday they are investigating concerns that carpenters working at the plant have suffered incidents of thyroid cancer .
That announcement came as a Taranto court on Friday found 23 former ILVA managers guilty in connection with a wave of asbestos and other carcinogen-linked deaths in the southern Italian port city. The longest terms were handed down on former execs of State-owned Italsider, Ilva's precursor, including nine years for former plant chief Giovanbattista Spallanzani.
Italsider and Ilva have long been accused of causing the suspiciously high cancer death rate in the Puglia port.