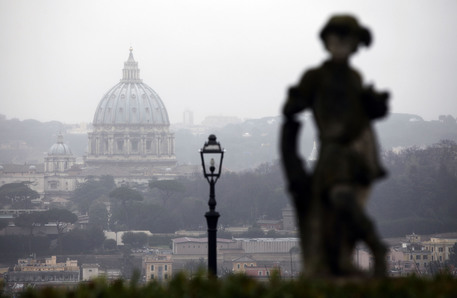 (ANSA) - Mexico City, May 20 - The Vatican has opened a probe into a priest in Mexico accused of sexually abusing over 100 children over the course of 30 years. A spokesperson for the archdiocese of San Luis Potosi, central Mexico, said the Vatican has been investigating Eduardo Cordova amid allegations he molested children at various private schools. Meanwhile prosecutors have asked the local archbishop to turn over all files pertaining to complaints and accusations against the prelate. Local media say Cordova has long had a potent influence on local politics as a former member of the city council and an advisor on human rights. The case has brought back memories of Mexican priest Marcial Maciel, the founder of the Legionaries of Christ Catholic movement who inflicted decades of sexual abuse on boys and fathered several children, two of whom he also abused. Maciel, a close ally to Pope John Paul II, was stripped of his leadership role and ordered to a life of prayer and penitence by John Paul's successor Benedict XVI in 2006 and died two years later in disgrace.
According to Alberto Athié, a former Legionaries of Christ priest who now advocates against clerical abuse, Cordova abused "dozens and dozens" of minors by drugging them before molesting them, and alleged that the local church hierarchy protected him for over 30 years.