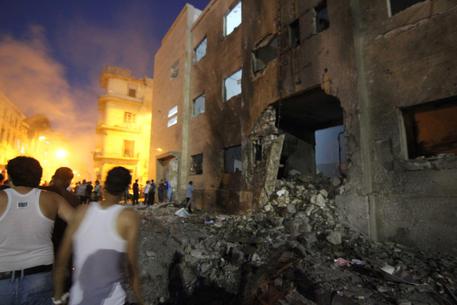 (see previous) (ANSA) - Brussels, May 20 - The European Union on Tuesday insisted it was fully committed to helping resolve the turmoil in Libya after Italian Premier Matteo Renzi questioned its seriousness. "The EU already has a very active role in Libya. We're doing everything possible. We're working with our international partners, we have a delegation in Tripoli that's extremely active," said Michael Mann, spokesman for European Union High Representative for Foreign Affairs Catherine Ashton. Earlier Tuesday Renzi said he would continue to press for more international assistance, as political instability in the North African country has led to greater migrant traffic to nearby Italy.
The premier said it was unclear "what Europe's intention is", and added he intended to bring up the issue at next Tuesday's European summit and at the G7 meeting of June 4 and 5.