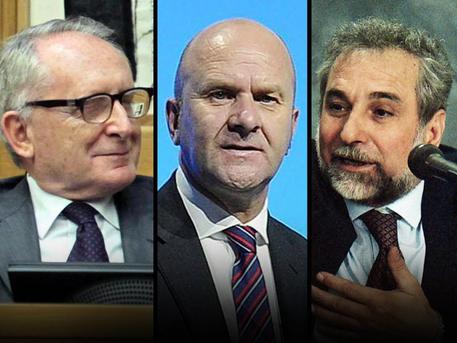 (ANSA) - Milan, May 20 - A prime suspect in alleged graft at Milan's Expo 2015 world fair has admitted he received money but said the sums were "presents" and not bribes, judicial sources said Tuesday.
Gianstefano Frigerio, the alleged pointman for centre-right bribes, said May 12 he had taken cash from businessman Enrico Maltauro but these were "gifts" and had "nothing to do with tender-rigging", the sources said.
On Monday evening Angelo Paris, the former procurement manager arrested along with Frigerio and alleged centre-left middleman Primo Greganti, admitted "tinkering with" tenders in exchange for promises of career advancement.
Also on Tuesday, a judge rejected a request by former MP Luigi Grillo, an ex-member of Silvio Berlusconi's party, to be allowed out of jail to house arrest.
Similar requests by Frigerio and Paris were rejected Monday.
Premier Matteo Renzi has given national anti-graft czar carte blanche to clean up tender procedures at the highly anticipated event, where almost 150 countries will gather to discuss new ways to defeat hunger sustainably from May 1 to October 31 next year.