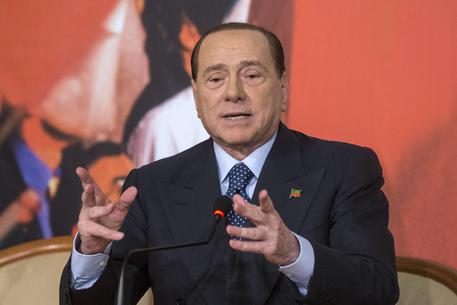 (ANSA) - Brussels, May 7 - European Parliament Speaker Martin Schulz, the Socialist candidate to be the next European Commission president, said he hoped his bloc wins the upcoming EP elections to help regain public confidence dented by Silvio Berlusconi's "shameful" attacks on Germany. Schulz led the criticism after three-time Italian premier Berlusconi recently said that German people denied the existence of Nazi death camps. "With a Socialist victory we'll regain the public faith that we need, including to avoid shameful attacks from someone like Berlusconi," Schulz said.
"Sometimes I'm surprised that I'm the one who defends (German Chancellor Angela) Merkel from this man more than her own party does".
Berlusconi's centre-right Forza Italia (FI) party is in the European People's Party (EPP) along with Merkel's Christian Democratic Union (CDU). But that has not stopped Berlusconi criticising Merkel and the austerity policies she championed during the eurozone debt crisis.
Euroskeptic parties and far-right groups are expected to do well in this month's European elections and Schulz warned that there is "a real risk that German Nazis can occupy seats in the European parliament".
But he added that "a high turnout in Germany may avoid this disgrace".