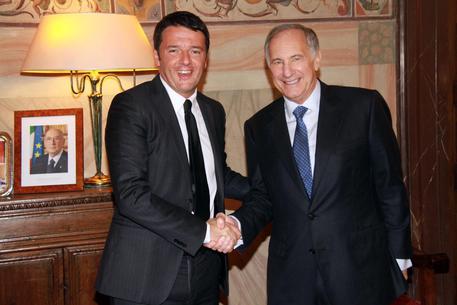 (ANSA) - Rome, May 5 - Italy has a strategic role in regional defence and for that reason, it must go ahead with its plan to purchase F-35 fighter jets, John R. Phillips, the United States ambassador to Rome, said Monday.
"The F-35 are the aircraft of the future, the fighters which will replace the existing (aircraft) over the next 15 to 20 years," Phillips said during an interview on public broadcaster Rai. The Italian government froze spending on the F-35 program in March, and said that as a cost-cutting measure, it is considering reducing the number of fighter jets it will purchase.
The aircraft, at an estimated $200 million US per unit, are among the costliest jet fighters in the world and are developed jointly by a number of allied nations including Italy.
That would mark the second time Italy has reduced the number of its Lockheed Martin F-35 fighter jets, a budget item which is currently worth about 11.8 billion euros over 45 years beginning in 2015.
Italy in 2012 announced plans to cut its order to 90 from the 131 jets originally agreed to in 2002, saving the country some five billion euros.
Phillips said that it would be better to lengthen the contract period rather than outright cut the purchase plan.
"We have agreements with the Italian Army, we may have to slow down the acquisition, but I do not think there is interest in reducing it," said Phillips. "Italy plays a large role in the defense, it has a strategic location and needs the ability to deal with situations," he said, citing nearby Libya and Lebanon as examples.
Because of those obligations, Italy cannot reduce the number of new jets, said Phillips.