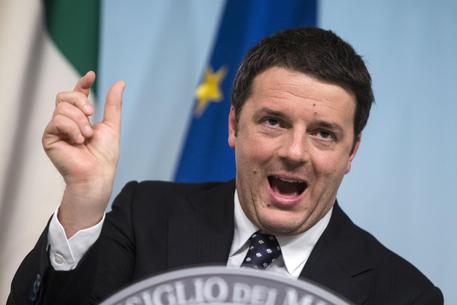 (ANSA) - Rome, April 30 - Italian Premier Matteo Renzi rolled out a package of reforms to the civil sector on Wednesday, promising "radical change" that will streamline agencies and create jobs for as many as 10,000 young people. "The measure is three-pronged: "human capital, innovation, and cuts to unnecessary structures," he said, adding that the reforms will be open for discussion over the next 40 days by unions and employees. One day earlier, he said no layoffs were contemplated in his new reform measures.
On Wednesday he sent similar signals, mentioning that reforms "against workers have short legs," seeking to calm fears of redundancies.
But holding older workers to the term limits of their contracts is something his government is willing to enforce. Under the package, protections that allow workers above the retirement age to stay on will be repealed, he said. That alone will "make room to bring in 10,000 young people". The government had previously said it was considering methods to "modernize" the public service, including offering early retirement to open up positions and possibly also provide jobs for young Italians under 25, a demographic where the jobless rate is more than 42%.
Simplification Minister Marianna Madia said the reform package may also include measures for early retirements that could free up at least 15,000 positions.
Other measures in the package include merging agencies to boost efficiency, touching everything from the country's sprawling network of museums to police headquarters. The number of prefectures, for instance, will be cut down to 40, while agencies dealing with motor vehicles will be merged. Renzi also repeated his plan to cap senior managers' salaries at State-controlled companies at 240,000 euros per year.
Madia said there "will not be a negotiating table", in the traditional sense, to discuss the reforms with labor unions.
Instead, she said, there will be "a detailed debate of the merits of the proposals. I hope (the unions) participate". Madia had previously said strict deadlines meant union negotiations were not certain.
Renzi said the reform package will be open for debate for 40 days. On June 13 it will go to cabinet.