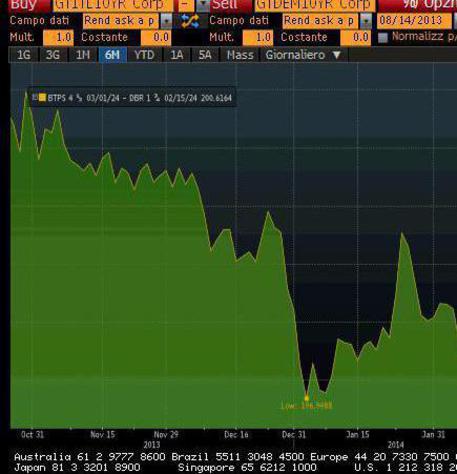 (ANSA) - Rome, April 29 - The interest rates on Italy's five-year and 10-year State bonds reached record lows at a Treasury auction on Tuesday. The Treasury sold 6.5% billion euros' worth of bonds, with the 10-year BTP going at an average interest rate of 3.22% and the five-year one getting snapped up at 1.84%.
The country's borrowing costs have been falling since Premier Matteo Renzi unseated his Democratic Party colleague Enrico Letta in February and took the helm of government promising to revive the economy and reform the country's slow and expensive political system.
Italy risked a Greek-style financial meltdown late in 2011 when the spread between its 10-year bond and the ultra-safe German equivalent went over 500 points with yields above 7%.