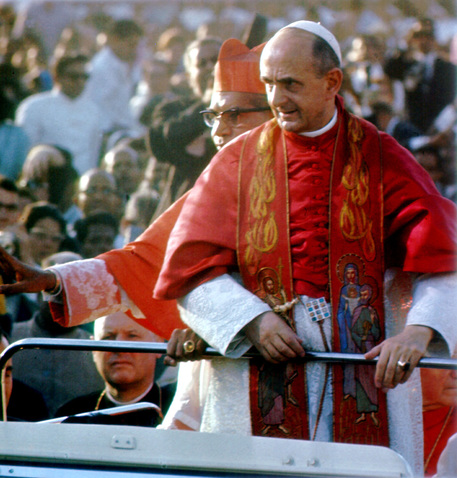 (ANSA) - Rome, April 24 - Pope Paul VI will likely be beatified by the end of this year, possibly on October 19 at the end of the Synod of Bishops, according to a report published by Catholic weekly 'Credere' (Believe) to hit newsstands on April 30.
The weekly said cardinals and bishops with the Congregation for the Causes of Saints, which oversees the complex process that leads to the canonization of saints, are scheduled to meet on May 5 to confirm a miracle attributed to the intercession of Paul, who reigned from 1963 to his death in 1978.
In December 2012 Pope Benedict XVI authorized the investigation which could lead to the late pope's canonization.
The pontiff formally allowed this process as the congregation for the Causes of Saints wrote a decree stating that Pope Paul VI had "heroic virtue", a first step in the canonization process.
Evangelii gaudium (Rejoicing in the Gospel), the Apostolic exhortation of Pope Francis and in some ways a manifesto of his pontificate, explicitly refers to Paul VI's Evangelii nuntiandi (Announcing the Gospel), a key document for the Catholic Church.
The late pontiff's successor John Paul I served only 33 days when he died and was succeeded by John Paul II who will be proclaimed saint on April 27 together with John XXIII in a double canonization ceremony.