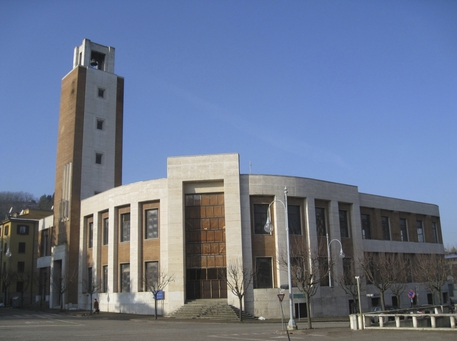 (ANSA) - Predappio, April 23 - The centre-left mayor of Predappio in Emilia Romagna, Giorgio Frassineti, has announced plans to create a museum dedicated to Fascism in the town famous for being Benito Mussolini's place of birth and burial. The museum is to be located in the iconic Casa del Fascio on Via Matteotti, build in the mid-1930s to accommodate pilgrims to Predappio and currently in a state of abandon and disrepair. The project has two aims, Frassinetti told ANSA.
"First, to restore the Casa del Fascio, a building covering 2,400 square metres that has been abandoned for years," he explained.
"And then to make a contribution to knowledge of a fundamental piece of our history," continued Frassineti of the Democratic Party (PD), who is running for re-election on May 25.
"Predappio would become a place for reflection, thereby removing it from the hands of those who use it improperly," he concluded. Predappio is currently visited by several thousand tourists and pilgrims each year.
Some are sympathisers of the former Fascist dictator while many are simply trying to come to terms with what the 21 years of Fascism in Italy were all about.
A cultural and historical itinerary for visitors put together by the local authorities includes Casa Mussolini, the house where Mussolini was born, and several buildings - including the Casa del Fascio - constructed under a major urban renewal programme between 1925 and 1942 with the aim of glorifying his place of birth.