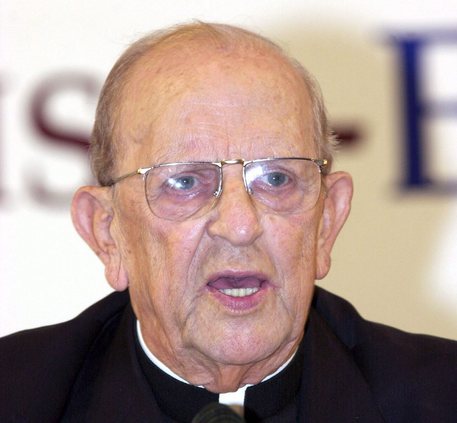 (ANSA) - Rome, April 22 - There is no sign that former pope John Paul II knew of the sex abuse scandal involving disgraced cleric Marcial Maciel and his Legionaries of Christ organization, a proponent of the Polish pope's canonization said Tuesday. An investigation produced "maximum clarity" on the issue, said the postulator of his sainthood on Sunday when both John Paul as well as former pope Paul XXIII will be made saints.
Concerns were raised about John Paul's connections with the disgraced Legionaries and its leader, who the former had repeatedly endorsed.
The group was put under watch by the Vatican in 2010 after Maciel was removed from its leadership for decades of sexual abuse against boys and fathering several children, two of whom he also abused.
Church probes have since confirmed nine other priests in the organization sexually abused children and at least 10 more are still under investigation.
The scandal tainted the pontificate of John Paul, sparking accusations of ignoring public reports about the group as early as the 1990s of abuse that began in the 1980s.
The Legionaries of Christ apologized in a statement in February for the actions of the group and its founder, who died in 2008.
"We want to express our deep sorrow for the abuse of seminarians, minors, immoral acts committed on men and women, the arbitrary use of its authority and property, for the enormous consumption of drugs," said the general chapter of the Legionaries of Christ.
The group said it rejects his immorality and expressed "deep sadness" at the initial refusal to accept the testimony of Maciel's victims.
"We ask forgiveness for these deficiencies that have increased the pain and bewilderment of many," they said, adding their thanks that former pope Benedict XVI saved the organization.
Maciel was stripped of his leadership role and ordered to a life of prayer and penitence by John Paul's successor Benedict XVI in 2006.
Known to encourage recruitment of priests and new followers, the Legionaries count over 950 priests and 70,000 lay members worldwide, primarily in Latin America, the home of Argentine Pope Francis.