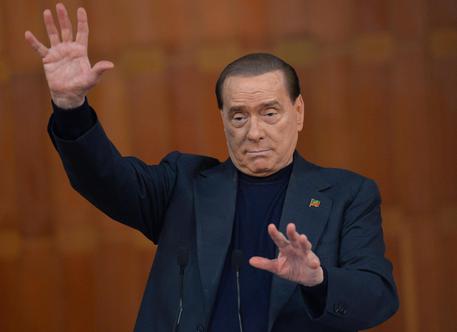 (updates previous) (ANSA) - Rome, April 14 - Ex-premier Silvio Berlusconi's taxable income collapsed by 30 million euros in 2012 compared to the previous year, and marks the second annual income decline in a row, according to the Senator asset registry of Italy's current legislature, made public on Monday. The registry showed the leader of the centre-right Forza Italia (FI) party's income at 4,515,298 euros in 2012.
Berlusconi declared an income of 35,439,988 euros in 2011, and of nearly 40 million euros in 2010.
The tallies reflect the period when Berlusconi was still in parliament. Last year the Senate voted to oust the three-time premier after the supreme Court of Cassation found him guilty of tax fraud at his Mediaset media empire in a binding conviction, the billionaire's first in 20 years of legal entanglements. He is now banned from holding public office and is awaiting sentencing for the remaining 10 months of his fraud conviction, either to be spent under house arrest or performing community service.