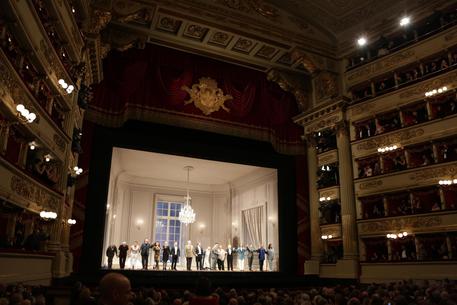 (ANSA) - Milan, April 14 - The Italian government on Monday demanded answers from the famed La Scala opera house in Milan after suspicions of conflict of interest surrounding its incoming superintendent, Alexander Pereira. Culture Minister Dario Franceschini called on the foundation behind La Scala to provide a report on allegations that Pereira, the Salzburg Festival's current director, was selling seven of its productions to La Scala, where Pereira is set to take over in October. Word of the government's involvement came from Milan Mayor Giuliano Pisapia, who is also chairman on the board of directors at La Scala, after leaving a board meeting. Pereira has denied any wrongdoing, and says it was in La Scala's best interest to run productions taken from "the best of the Festival".
In an interview with Italian daily La Repubblica, he said the seven shows were to be spread out over the next several years, and not performed in the same season as some outlets had reported. "The four titles from Salzburg that will be divided over the 2015 and 2016 seasons cost Salzburg 4,450,000 euros, and the Milanese theatre will get them at €690,000 each - a very good price. "I could sell my productions to other theatres for more money. La Scala has got a bargain". Pisapia said Pereira has been asked back up his statements with documentation for the culture ministry.