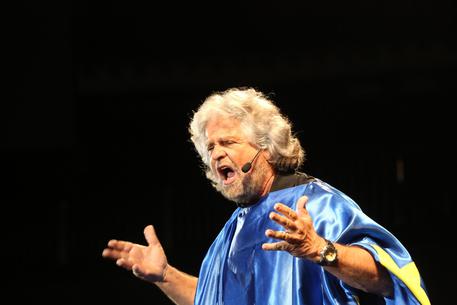 (ANSA) - Rome, April 11 - MPs with the anti-establishment Five-Star Movement (M5S) on Friday sent an expose' to Italy's media watchdog Agcom complaining about the "shameful violation of pluralism" on State broadcaster RAI's news programs which they claim are dominated by Premier Matteo Renzi and his government ahead of May 25 European elections.
"It is no coincidence that just before upcoming European elections, a worrisome, almost regime-style servility towards the government has been reported at RAI", the M5S said.
"Renzi has become a sort of moving showman: he is everywhere".
The party of comic-turned politican Beppe Grillo, which ranks second behind Renzi's Democratic Party (PD) in the most recent polls sounding out voters' preferences before the May vote, quoted data from the media Observatory in Pavia on RAI, which has traditionally been subject to political influence.
According to the data, 45.1% of RAI's newscasts on March 22-28 focused on the government while 7.2% was dedicated to the M5S, which is in the opposition.