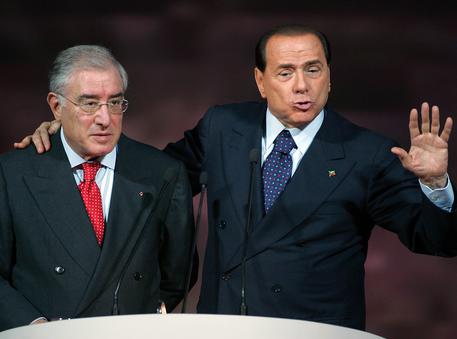 (ANSA) - Rome, April 11 - The manhunt intensified Friday for former Senator Marcello Dell'Utri, once a close aide to centre-right leader Silvio Berlusconi, who has apparently skipped the country to avoid an arrest warrant on Mafia charges.
Italy's anti-Mafia investigative directorate, DIA, said the 72-year-old Dell'Utri, who was facing the possibility of a jail sentence on Tuesday if definitively convicted of helping the Sicilian Mafia, had been missing since mid-March. Italian authorities have started the procedures to ask Interpol to help them to track down the wanted man.
Investigators said they had been monitoring Dell'Utri for weeks and had tried without success to arrest him, after judges deemed Dell'Utri to be a flight risk on April 8.
Rumours suggested he had fled to Lebanon, possibly using a passport issued in the tiny nation of San Marino, where the co-founder of Berlusconi's Forza Italia political party has extensive business interests.
And prosecutors in Palermo noted that he had been in Beirut earlier this month.
But in a statement to ANSA Friday, Dell'Utri said that he was having medical tests after heart surgery, did not intend to evade authorities, and would appear next week for the supreme court final decision on his seven-year conviction for Mafia links. Dell'Utri had appealed to the supreme Court of Cassation the seven-year sentence imposed in March, with the final decision set for Tuesday.
"I would like to clarify that I do not intend to evade the judicial result of the upcoming sentence of the Court of Cassation; and, finding myself in precarious health - for which I had to have an angioplasty a few weeks ago - I am undergoing further tests and check-ups," Dell'Utri said in a statement.