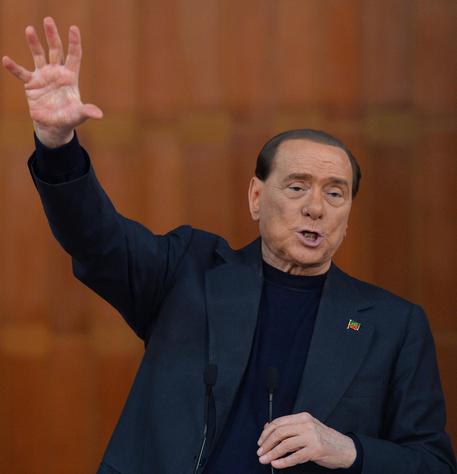 (ANSA) - Milan, April 11 - The prosecutor who asked a Milan court to order Silvio Berlusconi to serve a 10-month sentence for tax fraud doing community service rather than house arrest has said the measure could be suspended if the ex-premier were to defame single magistrates, reports said Friday.
The court's prosecutor-general Antonio Lamanna on Thursday took to court an article published last month by Corriere della Sera in which Berlusconi was quoted as referring to the Milan court weighing the issue as a "mafia of judges".
Lamanna reportedly told the court that, under standing legislation, community service "can be revoked" if the three-time premier will defame "single judges", as he has done on a number of occasions.
There are no "vindictive angels" nor "guardian angels" in the court but magistrates "who must enforce laws", Lamanna said.
The 77-year-old media magnate, who has said the tax fraud conviction is part of a longstanding campaign by left-wing magistrates to sweep him out of Italy's political scenario, has applied to do community service and could work as little as half a day a week.
The ruling on what kind of punishment the center-right leader will receive, which is expected within the next two weeks, will be key in determining what role Berlusconi will play in the coming year.
If he gets house arrest, it would seriously curb his ability to lead his revamped center-right opposition Forza Italia in May 25 European elections, a key test for his party.