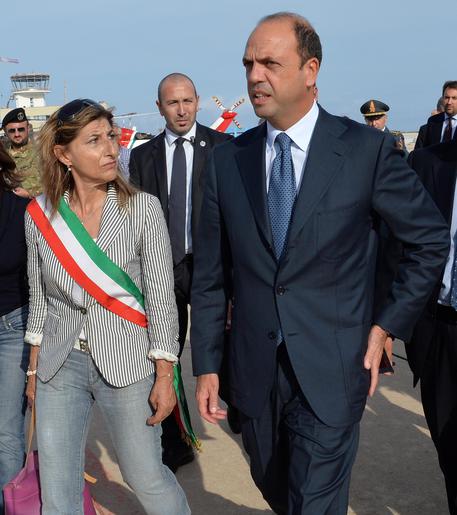 (See related) (ANSA) - Rome, April 11 - The European Union must take more responsibility for defending its southern sea borders rather than leave all of the work to Italy, Interior Minister Angelino Alfano said Friday.
He spoke the same day that the United Nations High Commissioner for Refugees (UNHCR) said that the Italian navy had rescued as many as 6,000 migrants attempting a dangerous sea crossing to Europe over the past four days, and should have more assistance from the rest of the EU.
Alfano said that EU treaties have lowered borders among member states, but it still has a southern boundary to defend in the area of Italy's island of Lampedusa, where tens of thousands of migrants first make landfall. "The sea in front of Lampedusa is not an Italian border but the European Union (border) and Europe must assume the burden of defending it," said Alfano.
A spokeswoman for the UNHCR said earlier that the Mediterranean is one of the busiest seas in the world, and poses a "dangerous border...for many asylum seekers who seek salvation in Europe". She urged European Union members to work together on solutions to the migrant situation, which is expected to worsen, including improving legal channels for immigrants to Europe.
Practical refugee aid, including additional shelters, is also needed, she added.