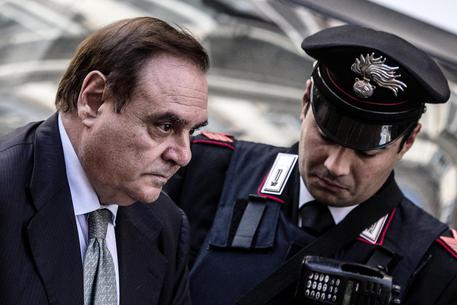 (ANSA) - Naples, April 10 - Former justice minister Clemente Mastella, a centrist Catholic, and his wife Sandra Lonardo were ordered Thursday to stand trial with 17 others on charges of conspiracy in a massive graft probe. The pair were once one of southern Italy's most prominent political couples. According to the indictment, the activity of the small centrist Catholic UDEUR political party, which had a power base in Campania, was aimed at creating a web of corruption involving public tenders for the purchase of goods and services by regional offices including health administrations.
A trial date was set for June 18 in Naples.
The couple, who have consistently maintained their innocence, were part of an extensive investigation in Campania that included businessmen and regional officials.
Prosecutors had said the suspects had set up "a fully fledged system with criminal intent which amounted to a Mafia-style conspiracy".
Anyone who tried to get in their way was allegedly subjected to "a systematic operation of demolition and boycotting," the prosecutors claimed in 2009.
Mastella, who now represents Italy in the European Parliament, resigned as justice minister in a related probe in 2008 and brought down Romano Prodi's centre-left government.