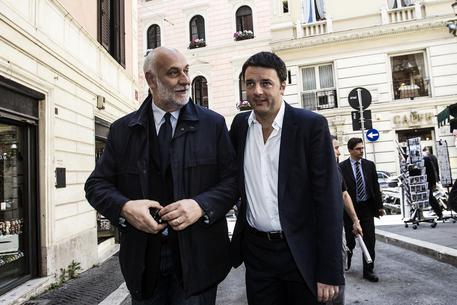 (ANSA) - Rome, April 9 - Premier Matteo Renzi said Wednesday that his proposed reforms and new economic blueprint will arm Italy with the credibility it needs in dealing with the European Union, while at the same time, opposition leaders denounced what they said was strictly a political document.
Renzi suggested he is carrying out a new wave of efforts, including reforms to a range of key institutions as well as a major economic plan for the coming years that he said will help Italians by boosting growth and tax fairness, while improving political stability through changes to election rules.
Only after all this can Italy try to reform European Union austerity rules, Renzi said.
"We want to change Europe's rules...but until we have changed the Senate, the labour market and the civil service, what credibility can we take to Europe to demand change?" he asked.
Renzi also took to Twitter early in the day to claim that his three-year blueprint - the Economic and Financial Document (DEF) - "maintains all the commitments we had made in the face of the ill-wishers". The premier also confirmed that he is forging ahead with reforms to make Italy easier and cheaper to govern, including the transformation of the Senate into a leaner assembly of local-government representatives with blunted law-making powers.
Renzi reiterated that he intended to have the first reading of the reform bill, which will also complete the elimination of Italy's provincial councils and return some powers to central government from the frequently overspending regional administrations, before European elections on May 25. His DEF, approved Tuesday by cabinet, includes plans for annual income-tax cuts of 10 billion euros targeting low earners, a cap on the salaries of top public-sector managers and higher capital-gains tax for banks.
Renzi - who unseated Enrico Letta, his colleague in the centre-left Democratic Party (PD), to become Italy's youngest premier at 39 in February - said the tax cuts will mean an extra 80 euros in the monthly pay packets of low earners.
To finance the income-tax cuts, the government needs to find around 6.7 billion euros in savings for the remainder of this year.
He said around 4.5 billion euros will come from savings generated by a review of public spending.
Approximately another 1 billion euros will be raised by making the country's banks pay higher taxes on their stakes in the Bank of Italy, with the rest coming from sales tax revenues, Renzi said.
Opposition politicians were swift to denounce Renzi's economic blueprint Wednesday, suggesting the document was pure politics providing little concrete help for working Italians.
"Take from the poor to give to Renzi," was the headline on a post on the blog of Beppe Grillo, a comedian-turned-politician who heads the anti-establishment 5-Star Movement (M5S).
Grillo and other M5S deputies said that changes to tax deductions for dependent spouses will more than wipe out any benefits from Renzi's tax-cut pledge. Meanwhile, centre-right politician Renato Brunetta, House whip for the Forza Italia (FI) party founded by ex-premier Silvio Berlusconi, criticized the fundamental growth and deficit assumptions used by Renzi.
The document is designed to promote Renzi's centre-left Democratic Party (PD) in next month's elections for the European Parliament, added Brunetta in an interview with Sky TG24 television.
"He's on the campaign trail, he wants to win the European elections to be legitimate, since he seized power (from Letta) in a palace coup," said Brunetta, adding that Renzi talks too much - "about four or five hours every day".