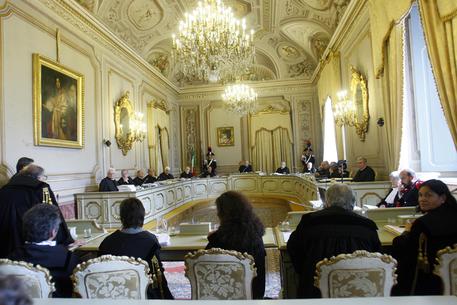 (updates previous) (ANSA) - Rome, April 8 - A ban on the use of donor sperm and eggs, which is part of Italy's controversial law limiting assisted-fertility treatments, has been struck down as invalid by the Constitutional Court, ANSA sources said Wednesday.
The ruling also found the punishment for breaching so-called law 40 - a 300,000-600,000-euro fine - was unconstitutional. "It was an outdated ban that penalized and discriminated...against the right to procreate, as is sanctioned in national legislation and international declarations," said a statement from Filomena Gallo and Gianni Baldini, the lawyers representing the couple who brought the case before the court. The law has already been rejected by the European Court of Human Rights in Strasbourg in 2012, which said that Italy had infringed upon two provisions of its convention for the protection of human rights.
The issues surrounding reproductive rights and laws is a hot political potato in overwhelmingly Catholic Italy.
Opinion polls have said that most Italians found the law too harsh and believed it forced too many people, at least the ones who can afford it, to resort to foreign clinics.
"The elimination of the ban on donor sperm and eggs finally allows Italy to move on from the shameful phenomena of procreative tourism," said attorneys Gallo and Baldini. The law was originally passed by a cross-party alliance of Catholics in a battle which also pitted male MPs against female MPs.
"The framers of the Constitution must be rolling in their graves, after an interpretation that permits assisted fertility via laboratory cocktails made of the genes from multiple parents," said Maurizio Sacconi, Senate whip for the New Center Right (NCD). Other parts of Italy's controversial reproductive laws, which remain under court review, forbid the screening of embryos for abnormalities or genetic disorders, even for couples with a history of genetic disease.
As well, single parents, same-sex couples and women beyond child-bearing age are banned from using assisted-fertility techniques, which are limited to sterile heterosexual couples who are married or live together.
The law also bans embryos from being frozen or used for scientific research.
It allows a maximum of three eggs to be fertilised at one time and requires them all to be transferred to the womb simultaneously.
The law goes much further with regard to human cloning and manipulation of human embryos, issuing stiff fines and jail terms of up to 20 years.
After the Constitutional Court ruled to lift the ban on donor sperm and eggs, Italian Health Minister Beatrice Lorenzin said that parliament must now intervene to write a new policy.
"The law is gutted. It requires parliament to intervene," she said.