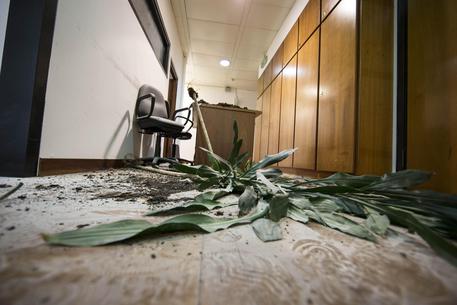 (ANSA) - Rome, April 8 - Rome Mayor Ignazio Marino expressed alarm and outrage Tuesday after a group demanding greater social housing in Italy attacked offices of his and Premier Matteo Renzi's centre-left Democratic Party (PD).
A group of supporters of the Movimenti per la Casa raided the PD's offices for the city council, turning over furniture and breaking objects.
One employee at the office was hit with a fire extinguisher.
The raid heightened concerns about possible trouble at an anti-austerity demonstation in Rome on Saturday, which the Movimenti per la Casa will take part in along with other left-wing groups and activists opposed to the controversial TAV rail link between Lyon and Turin.
"I hope those responsible are identified and punished," said Marino, who added that he called Renzi and Interior Minister Angelino Alfano after the raid. "It was an attack on the country's democratic life. They hit people with an extinguisher, they chased after them, they tried to hit the PD's whip on the council.
"It's obvious that there was violence that must be repressed and punished".