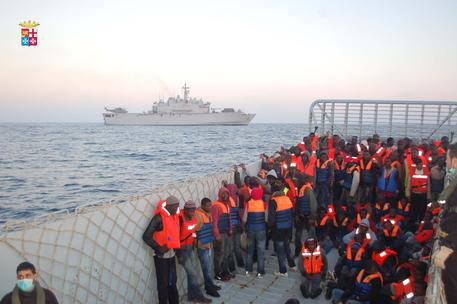 (ANSA) - Rome, April 8 - The number of refugees seeking asylum in Italy rose by 60% from 2012 to 27,830 in 2013, the Jesuit-run Centro Astalli refugee centre said in a report published Tuesday.
Asylum-seekers accounted for 65% of the 42,925 migrants who landed on Italy's southern shores during the course of the year.
The majority came from Mali, Ivory Coast, Afghanistan, Senegal, Pakistan, Eritrea, Nigeria, Guinea, the report continued. Just 695 asylum-seekers came from war-torn Syria, despite the fact that Syrians represent the largest nationl group seeking asylum across the European Union. "These figures indicate that people seeking protection are fully aware of the difficulties presented by the Italian context and make every effort to go elsewhere," said the association in its report. The Centro Astalli took custody of 713 victims of torture, deliberate violence or sexual abuse in 2013.
"Of greatest concern is the fact that very often these people are unable to access adequate accommodation: almost half of torture victims receiving legal assistance reported living on the streets, in occupied buildings or temporarily with friends or acquaintances," the report said. The Jesuit organisation criticised the "emergency procedures" still used in Italy to deal with asylum seekers and slammed the country's "inability to meet even their most immediate needs".
The report came after Italian navy vessels rescued 1,049 migrants including 151 women and 91 minors - of whom three newborn babies - late Monday night after the boats they were travelling in ran into difficulty in the Sicilian channel.