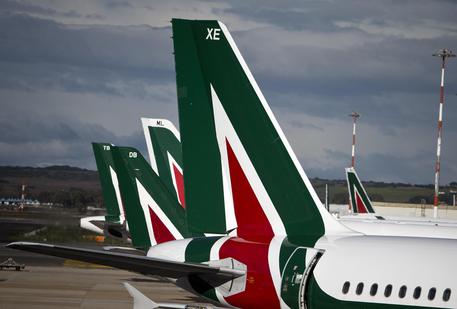 (ANSA) - Brussels, April 4 - The European Commission (EC) on Friday warned Italian authorities to be "vigilant" over the imminent tie-up between the struggling Italian flagship carrier Alitalia and UAE's Etihad Airways, European sources told ANSA.
The EC told Italian authorities to safeguard EU rules on ownership and control of European companies, and investments involving third country carriers.
The warning comes on the day the Abu Dhabi-based carrier was expected to make a formal offer to buy as much as a 40% stake in its Italian counterpart, the equivalent of a much-needed capital injection of 350 million euros.
The Gulf carrier is vying to broaden its network in Europe.
Etihad has been expanding aggressively into Europe and Alitalia would give it a further foothold in a lucrative market.
After buying 29% of Air Berlin, Germany's second-largest airline, in 2011, Etihad has taken stakes in carriers across the world, including Air Serbia, Aer Lingus, Darwin Airlines, Virgin Australia, Jet Airways and Air Seychelles.
EU sources told ANSA Friday that the EC was opening a probe into Etihad's investments in Europe. On Thursday, Alitalia CEO Gabriele Del Torchio said the due diligence phase with Etihad was almost complete.
A deal between the two carriers should go through this week, Italian Transport minister Maurizio Lupi told the Lower House on Wednesday.
But the arrangement, as well as other plans to bring Alitalia back to profitability, have been controversial.
In early February, German airline giant Lufthansa called on the EC to halt Etihad's planned investment in Alitalia, alleging the use of State aid in disguise to break competition rules.
In October, Alitalia's board approved a 500-million-euro budget package engineered by the previous Italian government that included the 300-million-euro capital increase and 200 million euros in new lines of credit.
This also included a controversial 74-million euro investment by Italy's state-owned post office Poste Italiane.
International Airlines Group, which owns Spanish carrier Iberia as well as British Airways, also has urged the EC to intervene to suspend what it has said was "flagrant State aid".
Italy denied the allegations but the EC asked for more information about the rescue package - in particular, the controversial cash injection from Italy's post office.