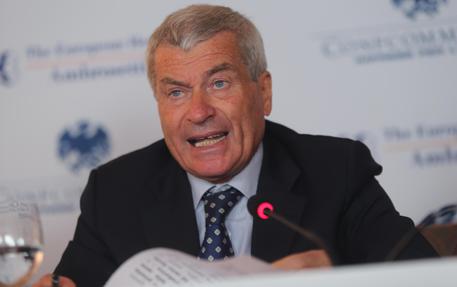 (ANSA) - Rome, April 3 - Consumer spending has dropped by as much as 80 billion euros since 2007, with consumption of big-ticket items such as cars, furniture and appliances taking a major hit over that period, retailers group Confcommercio said Thursday.
Consumption has been "frozen" as consumers wait for stronger signs of economic recovery, the group said in a report that also looked at monthly spending in February, which showed a drop of 0.7% in spending compared with the same month in 2013.
The group said that until Italians feel confident that employment prospects are improving amid an economic recovery, they will likely hold off on spending any more than necessary. That lack of confidence, fuelled by a double-dip recession causing economic uncertainty dating back to 2007, was seen in statistics that Confcommercio said showed that cars and fuel purchases since then have fallen by more than 35 billion euros, a decrease of 23.2%.
Clothing and footwear showed losses of more than 13 billion euros, a fall of 16.9% since 2007, while furniture sales declined by 10 billion euros, or 13.9%.
Some good news was seen in the monthly statistics that showed in February, compared with one month earlier, spending on communications rose by 4.3%, auto-related spending gained 1.4%, and spending on recreation edged up by 0.4%, according to the report.