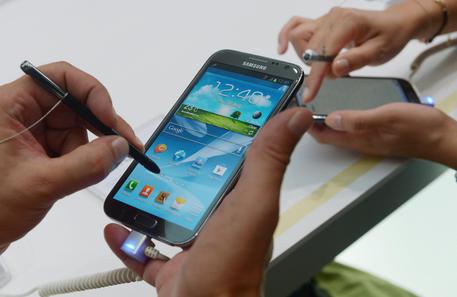 (ANSA) - Brussels, April 3 - In a move hailed by consumer groups, the European Parliament on Thursday voted to end mobile-phone roaming fees and barred telecoms operators from prioritizing some Internet traffic in order to maintain so-called "net neutrality".
The legislation, which is aimed at creating a single market for telecom services, will phase out roaming fees across the 28-member European Union by December 2015, boost mobile and broadband consumer protections, and make the sale of mobile licenses uniform across the Union. The European Broadcasting Union (EBU) hailed the reform as "good news for an open Internet and universal access to content of public value". The European Consumer Organisation (BEUC) said it was "reassured" by Thursday's vote to phase out expensive roaming fees, which it said have no place in a unified telecoms market.
"This is a historic turning point for millions of consumers who will no longer have to pay extra when using their cell phones in another EU country," said center-right Forza Italia MEP Licia Ronzulli.
The move will allow consumers to choose freely between operators offering competitive rates in a unified market, and create a secure online business climate, she added.
"Companies will be able to make deals across Europe with just one click. This will mean huge savings in time and money, which will surely make our small-and-medium businesses more competitive," Ronzulli explained.
Also on Thursday, a ThinkYoung non-profit organization survey of 1,000 Europeans aged 18-34 by showed that 93% said excessive roaming charges limited their use of the Internet while traveling, 81% said they wanted Internet access with no restrictions, and 79% said they want EU lawmakers to guarantee fair telecom pricing. "The young have spoken loud and clear: they want an end to roaming and unlimited access to the Internet," said EU Digital Agenda Commissioner Neelie Kroes.