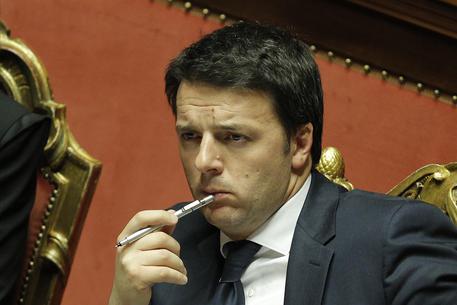 (see related stories) (ANSA) - Rome, April 2 - A poll sounding out political preferences amongst Italian voters released on Wednesday showed that only four parties would exceed the 4% threshold in European Parliament elections to be held May 25.
According to the survey by the Datamedia research institute carried out for Rome daily Il Tempo, the centre-left Democratic Party (PD) of Premier Matteo Renzi remained Italy's leading party at 31%, gaining 0.5% in a week, and confidence in Renzi jumped in the rankings to 58%.
The anti-establishment 5-Star Movement (M5S) followed at 24.3%, up 0.3% from the previous week.
Forza Italia led by former premier Silvio Berlusconi trailed behind at 20%, down 0.5% on last week, followed by the regionalist, anti-euro Northern League party which remained stable at 5%.
The poll also showed over one in two Italian voters did not intend to cast their ballots.