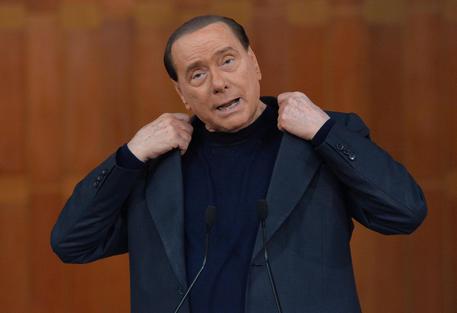 (ANSA) - Rome, April 2 - Silvio Berlusconi's opposition centre-right Forza Italia (FI) party on Wednesday presented its logo for May's European elections featuring the name "Berlusconi" even though the ex-premier will not be able to stand as a candidate.
The 77-year-old billionaire is ineligible as he was banned from public office after the Supreme Court upheld a tax-fraud sentence against him last year, his first definitive conviction in two decades of legal battles.
The media magnate, who was also ejected from parliament following the conviction, said the ruling was part of a campaign by left-wing elements in the judiciary who want to sweep him out of Italy's public life.
FI presented the logo along with its slogan for the May 25 election to select new members of the European Parliament - "Più Italia in Europa. Meno Europa in Italia" (More Italy in Europe.
Less Europe in Italy).
Three-time premier Berlusconi has been highly critical of the austerity the European Union imposed on countries as its main response to the eurozone debt crisis.
There has been speculation that Berlusconi's two older daughters could stand in the European elections to justify having the family name on Fi's logo, although this has repeatedly been denied.
Berlusconi's eldest daughter Marina, 47, is a top executive at his media empire, and Barbara, 29, is one of two CEOs at his AC Milan soccer club.
FI is currently third in the polls, according to several surveys, with the support around 20% of voters, compared to around 32% for Premier Matteo Renzi's centre-left Democratic Party (PD) and around 22% for the anti-establishment 5-Star Movement (M5S).