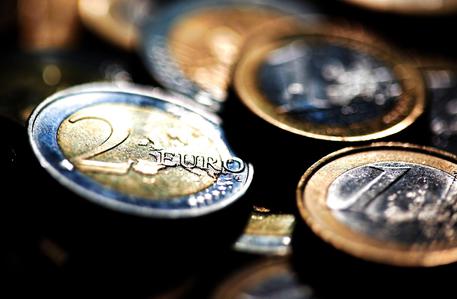 (ANSA) - Naples, March 14 - One of the most popular museums in Naples will open one of its hidden treasures to the public on Sunday - a cache of 150,000 valuable ancient coins.
Visitors to the National Archeological Museum of Naples will get a rare opportunity to see the "secret" collection for one day, including coinage from ancient Greece to those produced by the Bourbon mint.
The guided tour 'Coins and Economy in the Ancient World' will include remarks from archaeologists and historians, as well as experts in numismatics who will explain not only the eras in which the coins were used, but also economic aspects linked to their use.
Coin collecting dates back to the 1500s, as demonstrated by the Farnese collection, created in Rome but arriving in Naples through the Bourbon inheritance of Charles VII of Naples. The collection shows the choice of coins and medallions preferred by erudite and Renaissance coin collectors: portraits of illustrious men, architects of ancient history, representations of historic episodes and celebrated ancient monuments that have disappeared or are no longer identifiable. Another attentive and passionate collector was Cardinal Stefano Borgia, a learned prelate from the late eighteenth century with antiquarian interests, whose collection was sold by one of his descendants to the King of Naples Joachim Murat. The Borgia collection includes coins from series produced in Etruria, Umbria, Lazio, Rome as well as from the central Adriatic area of Italy.
A leap is then made in the second part of the Naples museum collection, which includes about 70,000 coins recounting the monetary history of southern Italy from the 6th century B.C. to the medieval era and modern times, ending with the coinage of the Kingdom of Naples - a journey spanning 25 centuries.
In the rooms dedicated to the Roman period, a place of importance is dedicated to Pompei, with about 15,000 coins found in excavations through 1970.
That includes the cash box of a shop; the change or larger hoards in cloth or leather purses recovered next to the skeletons of fugitives; the conspicuous sums preserved in safes with jewelry and silverware; sculptures, ornaments, frescoes and inscriptions that communicate the lively daily life of the citizens' market and productive activities.
Sunday discoveries of "hidden" art treasures in Naples are organized by Campania Artecard, a project that is creating an integrated system of cultural assets with transport and services.
On March 23, there will be a visit to the hidden rooms of the Royal Palace of Naples.
"The two appointments will be an opportunity for tourists, but also for Neapolitans, to discover treasures and protected places in these two great, world class points of excellence, which are the Archeological Museum and the Royal Palace of Naples," said Gregorio Angelini, the regional director for the Ministry for Heritage, Culture and Tourism.